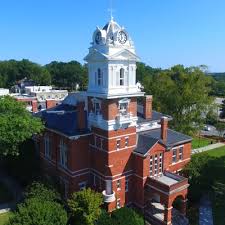 Lawrenceville is a city and the county seat of Gwinnett County, Georgia, United States. It is a suburb of Atlanta, located approximately 30 miles northeast of downtown. As of the 2010 census, the population of Lawrenceville was 28,546. In 2018, the U.S. Census Bureau estimated the city population to be 29,795.